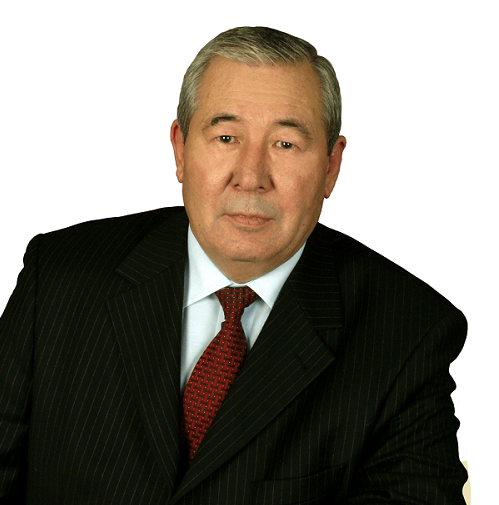 Graduated from the Kazakh State University. S.M. Kirov in 1967 with a degree in Chemistry, organic catalysis. Having worked as an intern - researcher at the Department of Catalysis and Technical Chemistry, in 1969 he entered and in 1972 completed his postgraduate studies with the defense of a dissertation and the award of the degree of Candidate of Chemical Sciences.

Kulazhanov K.S. is an active organizer of science and higher technical education, makes increased demands on the organization of the educational process and research work, sets and solves the problems of integrating science with the learning process, takes measures to bring research to priority areas of the international level. Under the leadership of Kulazhanov K.S. a powerful material and technical base is being created at the university, ties with the production of academic and applied science are being strengthened, the quality of professors and teachers, library and information provision of scientific and educational activities, and the provision of scientific and educational laboratories with modern instruments and equipment are improving from year to year. 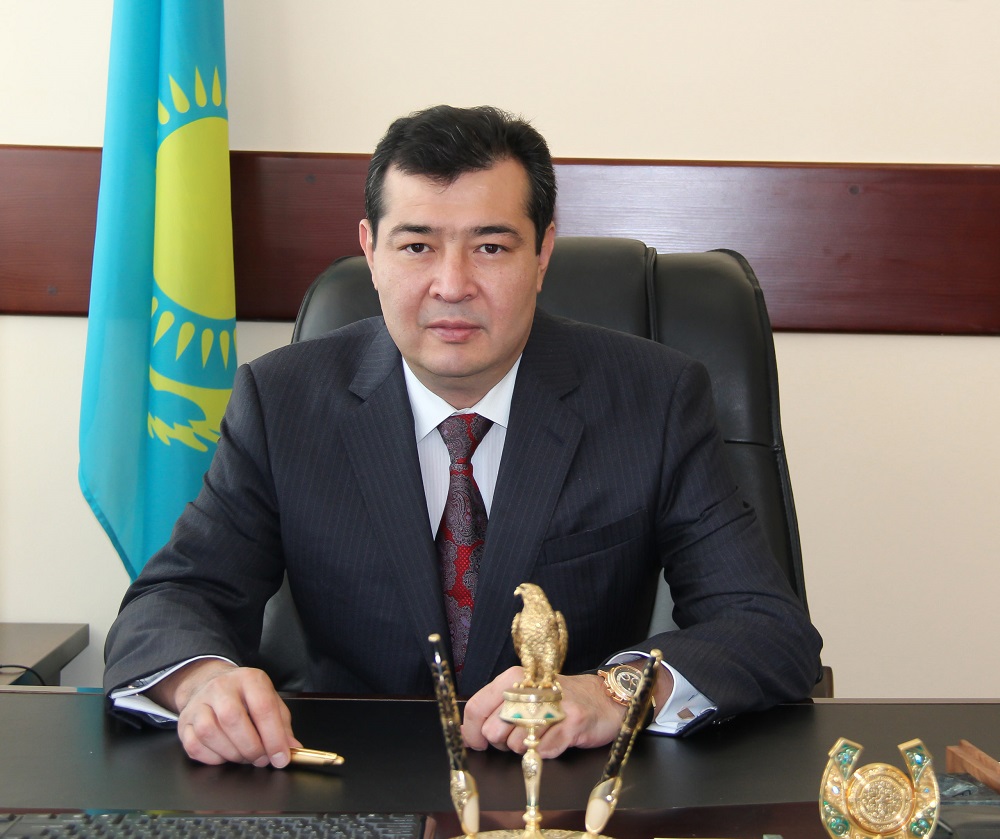 The main directions of scientific research: scientific activity in the field of solving the problems of the food industry and investment management. Conducts a lot of work in the republican educational and methodological section in the specialties of food technology on improving and preparing educational and methodological documentation, organizing credit technology of education, improving the system and structure of training specialists with higher education.

Author of 203 scientific works, including 55 monographs and textbooks, 32 patents, 114 scientific articles and conference materials. He is the owner of the state grant "The best teacher of the university" (2007). Co-head of scientific research on International grants and projects for the preparation of masters and PhDs within the framework of the TEMPUS program, together with a number of universities from the UK, the Netherlands, South Korea and Russia, takes part in research projects through the ISTC.

Awarded with orders: “Glory of Kazakhstan” (2013), “Star of Glory. Economy of Kazakhstan" (2014), "Kurmet" (2016), A. Baitursynov "For outstanding contribution to the development of the education and science system of Kazakhstan and outstanding work in the training of highly qualified specialists" (2019); badges: "For special services to MGUPP" (in honor of the 80th anniversary of MGUPP, Moscow, 2010), "M. Auezov atyndagy Ontustik Kazakhstan memlekettik university" (in honor of the 70th anniversary of M. Auezov South Kazakhstan State University, 2013), "Kazakhstan Constitutionyasyna 20 zhyl" (2015), "Honorary citizen of the countries of the customs union" (2015), "Bilim beru іzқmetіkіnіn "(2016), "Sala қyzmetkerlerinіn kasipodaghyna sinirgen airyқsha enbegi ushіn" (2017), "For merits in the development of science of the Republic of Kazakhstan" (2017), "Kurmet diplomas" (MES RK, 2015); medals: 9 gold medals of the Russian agro-industrial exhibition "Golden Autumn" (Moscow, 2009–2016), 12 Gold medals of the International Exhibition "Dairy and Meat Industry" (Moscow, 2009–2015), gold medal of V.M. Gorbatov VNIIMP of the Russian Agricultural Academy (Moscow, 2012), gold medal of the International Kazakh Creative Association "Beybіtshіlіk alemі" ((Planet of the World-World of Peace) International Kazakh Creative Assosiation (2015), silver medal of GNU VNIIMP named after V.M. Gorbatov of the Russian Agricultural Academy (Moscow, 214); foreign awards: Award (medal ) Chaptal, (Paris, France, 2005), diploma of an academician of the International Academy of Technology Development (IATE, Germany, 2007), certificate "Full Member of the Club of Rectors of Europe" (Vienna, 2008), diploma "Honorary Professor of the International University of Vienna" (Vienna, 2008), certificate of successful participation in the English language training program (Cambridge, Massachusetts, 2009), certificate of completion of the course of the 1st International Congress on Food Technologies (Turkey, 2010), certificate of the International Conference "Eurasian Forum of Higher Education Leaders" (2013), certificate Federal Ministry of Education and Research of the Federal Republic of Germany (2013), certificate of the International Academy of Business (2014), certificate of the Oxford Academic Union (UK, 2015); letters of thanks: from the President of the Republic of Kazakhstan Nazarbayev N.A. (2015), Chairman of the Nur Otan party Yesimov A. (2015), Akim of the city of Almaty Yesimov A. (2015), Chairman of the Nur Otan party Nazarbayev N.A. (2015), Rector of the Tyumen GosNeftU O.A. Novoselov (Russia, 2016), President of the Republic of Kazakhstan Kassym-Jomart Tokayev (2019). 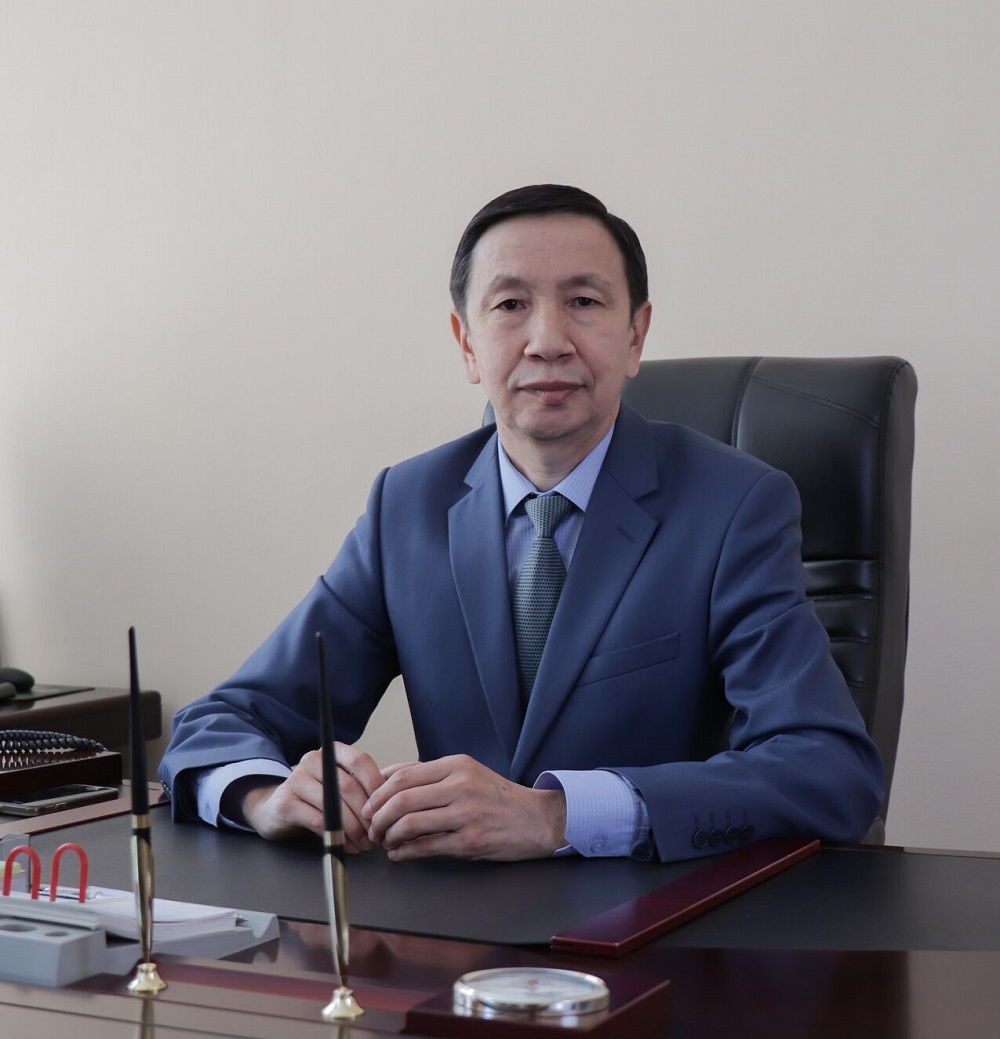 Nurakhmetov B.K. published more than 100 scientific papers, incl. 6 monographs, 2 manuals, has 15 copyright certificates and patents. Three times awarded the State Scientific Scholarship for talented young scientists. Awarded with the badge "Honorary Worker of Education of the Republic of Kazakhstan" (2013); medal "For Merits and Achievements" of the National Business Rating of the Republic of Kazakhstan (2014); Honorary diploma of the Minister of Education and Science of the Republic of Kazakhstan (2011). Holder of the Certificate of completion of the course "Higher School Management" (2011); Certificate of completion of the Summer School on the theme "Bolon үderіsi negіzgі өlshemderіninің Қазақstan жоғары оқу оқыndaryna beyіmdeluі" (2012); Certificate of completion of training at the seminar: "Strategy for managing a modern university" (2012); Certificate of Participation in the International Conference of KIMEP University (2012). 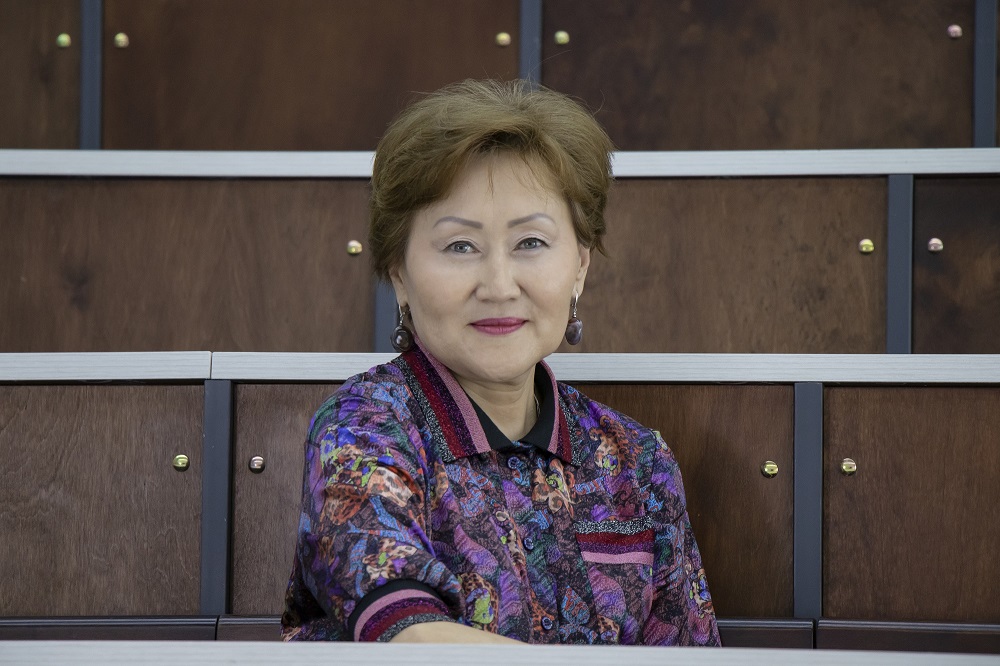 In 1989 she graduated from the Alma-Ata branch of the Dzhambul Technological Institute of Light and Food Industry with a degree in Technology, Organization and Maintenance of Public Catering Enterprises. In ATU since 1994 - teacher, senior lecturer, associate professor, professor. In 1998 she defended her Ph.D. thesis on the topic "Development of technology for stuffed horse meat products using protein enrichers." 2000-2004 - Vice-rector for educational work of ATU. In 2007 she defended her doctoral dissertation on the topic "Scientific and practical foundations for the production of whole-cut and combined meat products." 2008, 2010-2012 - Director of the Technological and Economic College of ATU. 2012-2013 - Dean of the Faculty of Engineering and Information Technology, 2013-2014. - Head of the Department of MAPP, 2014-2016 - Dean of the Faculty "Engineering and Information Technologies", 2016-2019. - Dean of the Faculty of Food Production.

Since 2019 - Vice-Rector for Educational and Methodological Work of the ATU. Baibolova L.K. published more than 250 scientific papers, including 3 monographs, 3 textbooks, has 11 copyright certificates and patents. She was awarded the State Scientific Scholarship for talented young scientists. Awarded with the badge "Honorary Worker of Education of the Republic of Kazakhstan" (2013); medal "For Merit in the Development of Science of the Republic of Kazakhstan" (2017). Winner of the title "Best University Teacher" (2016). Under her leadership, two candidate and 1 doctoral (PhD) dissertations were defended. 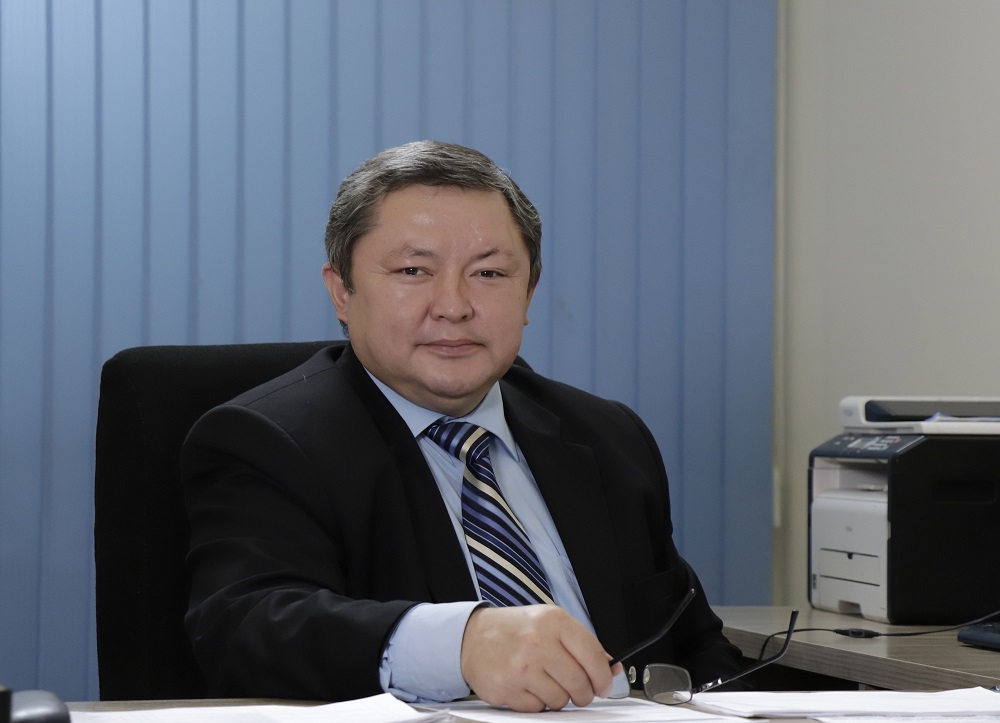 Born on January 24, 1972 in the city of Samarkand, Uzbek SSR. In 1994 he graduated from the Faculty of Physics of the Samarkand State University. A.Navoi majoring in theoretical physics.

In 1996, he entered graduate school at the Department of Solid State Physics, Faculty of Physics, Kazakh State University named after. al-Farabi. After graduating from graduate school, he was hired as a senior lecturer at Kazakh State University. al-Farabi. In 2000 he defended his Ph.D. thesis on the topic: "Processes of accumulation of radiation point defects in finely dispersed metallic media."

The area of scientific interests is solid state physics, radiation physics, the study of the structure of nanosized metal powders. Aliev B.A. is the author of more than 100 scientific publications in Republican and International publications. He took part in conferences and internships in Germany, Turkey and Singapore. 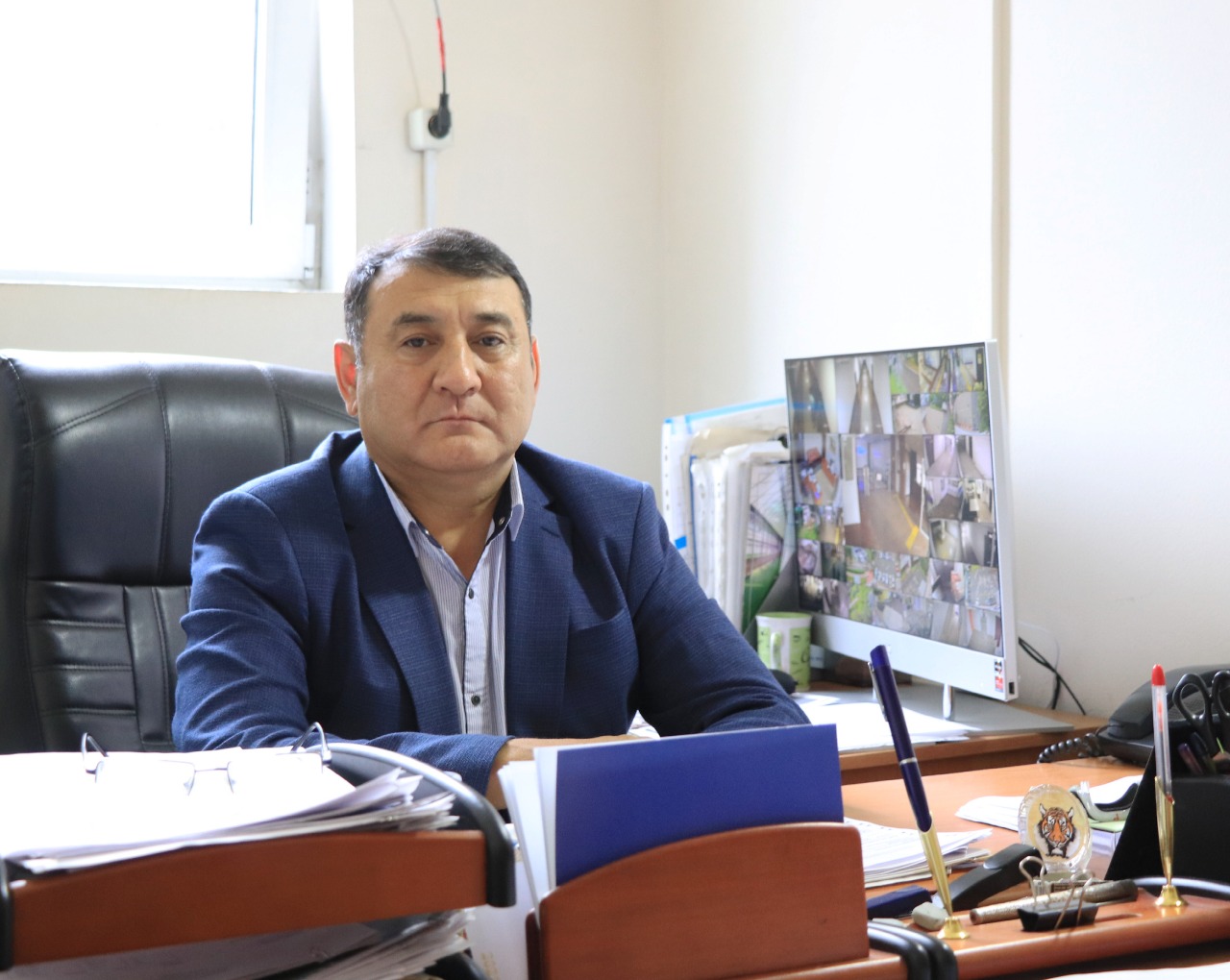