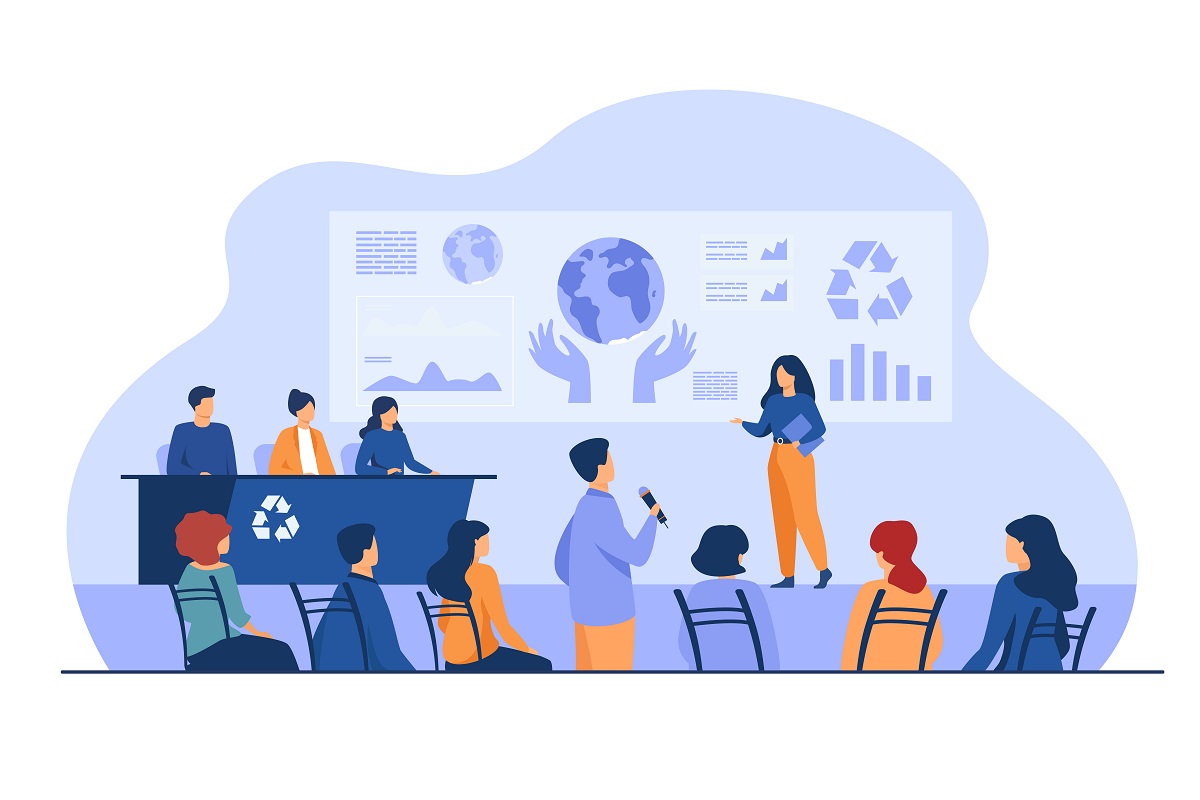 On April 27, 2019, the winners of the START-UP ATU-2019 start-up contest were awarded in the framework of the RNPK “Science. Education. Youth.” 5 projects received funding from business partners:

The conference was attended by scientists, specialists, government and public figures, representatives of relevant business structures of the Republic of Kazakhstan, the CIS and abroad.

Before the opening of the conference, the guests familiarized themselves with the exhibition of scientific achievements of scientists of Almaty Technological University. The conference was opened by the First Vice-Rector of the ATU, Professor Nurakhmetov Baurzhan Kumargaliyevich.

At the plenary meeting of the conference the following reports were made:

Further work of the conference was organized in 4 thematic sections. The informative programmatic reports presented at the sectional sessions highlighted the results of many years of research by domestic and foreign scientists on the current state, trends and prospects for the development of the food and hospitality industry, analyzed aspects of improving technology, economic, managerial and social aspects of the development and training of industry specialists.

During the discussions, possible solutions to the most significant problems and promising areas for further research were formulated. 258 reports were submitted for publication in the conference collection, which was published before the conference began.

Following the conference, it was decided to continue the experience of international scientific cooperation on the development of food, light industry and the hospitality industry, economic issues, as well as training specialists for these industries.

Materials of the international scientific and practical conference “Innovative development of food, light industry and the hospitality industry” October 25-26, 2018

The conference was attended by students, undergraduates, doctoral students, young scientists, specialists from higher educational institutions of the republic and neighboring countries, research institutes, industrial enterprises, such as:

At the plenary meeting of the conference the following reports were made: Tultabaeva Tamara Chumanovna – doctor of technical sciences, professor, head of the laboratory “Technology of processing and storage of livestock products” KazNII PPP on the topic: “Prospects for the development of innovative technologies for the processing of camel milk”;

Amutova Farida – Researcher at the Laboratory of Chemical Research Methods of Antigen LLP on the topic: “Quality and Biosecurity of Beekeeping Products Based on International Standards”;

Arai Zhakupbekova – Researcher at the Laboratory of Chemical Research Methods of Antigen LLP on the topic: “Comprehensive analysis of the falsification of milk and dairy products”, etc.

The conference discussed current issues: modern technologies of food and light industry; chemical, biological and biotechnological aspects in ensuring food safety, modern methods of control; information and technical support of food production; educational innovations in training for the food and light industries; improvement of management methods for food, light industry, hospitality, tourism enterprises. The most relevant scientific works of young scientists were awarded diplomas of І, ІІ, ІІІ degree. The conference participants were awarded for each section 1 diploma – I degree, 2 diplomas of the II degree and 3 diplomas of the III degree (total number of diplomas 36 pieces).

Materials of the international scientific-practical conference

The conference was attended by scientists, specialists, government and public figures, representatives of relevant business structures of the Republic of Kazakhstan, the CIS and abroad.

The conference was opened by the Rector of the ATU, Academician Kulazhanov Talgat Kuralbekovich. At the plenary meeting of the conference the following reports were made:

Further work of the conference was organized in 3 thematic sections. The reports presented at the breakout sessions highlighted the results of many years of research by domestic and foreign scientists on the current state, trends and prospects for the development of food, light industry and hospitality industry, as well as analyzed the issues of technical re-equipment of enterprises, considered economic, managerial and social aspects of development industries and the task of training specialists.

In the course of the discussions, promising areas for further research were considered and possible ways of solving the most significant problems were formulated.

A collection of conferences published 181 reports. In particular, in the Technique and Technology section for processing agricultural raw materials and food production, their quality and safety published -109 reports, in the Technology and Safety section of goods and products of light and textile industry; design and fashion – 21 reports, in the section Economic issues of food, light industry and hospitality industry, technology of restaurant and hotel business – 51 reports.

The conference was held a solemn meeting dedicated to the 60th anniversary of the Almaty Technological University. Rector of the university Talgat Kulazhanov delivered a report on the achievements of the university, after which the guests of the event spoke with congratulations.

The rector of the university personally awarded the guests a jubilee medal for 60 years of ATU. The solemn meeting ended with a festive concert.

On October 7, the anniversary event continued with the opening of the new ATU sports complex, where the first vice-rector Baurzhan Nurakhmetov spoke about the importance of sports in the lives of Kazakhstani people and, in particular, in the lives of ATU students. Then the guests and participants familiarized themselves with the educational, research and production centers of the university. The guests visited such strategic departments of the university as the milk processing center, the bread center, the meat processing center, the oil center and dietary supplements, where they were treated with various products.

At the final plenary meeting, the first vice-rector Baurzhan Nurakhmetov spoke, who summed up the international scientific-practical conference, warmly thanked all the guests and participants and wished further achievements in the field of science.

Then guests were waited by a cultural event, which was held in the mountain complex “Sunkar”, where guests could watch a show with birds of prey and take part in falconry. 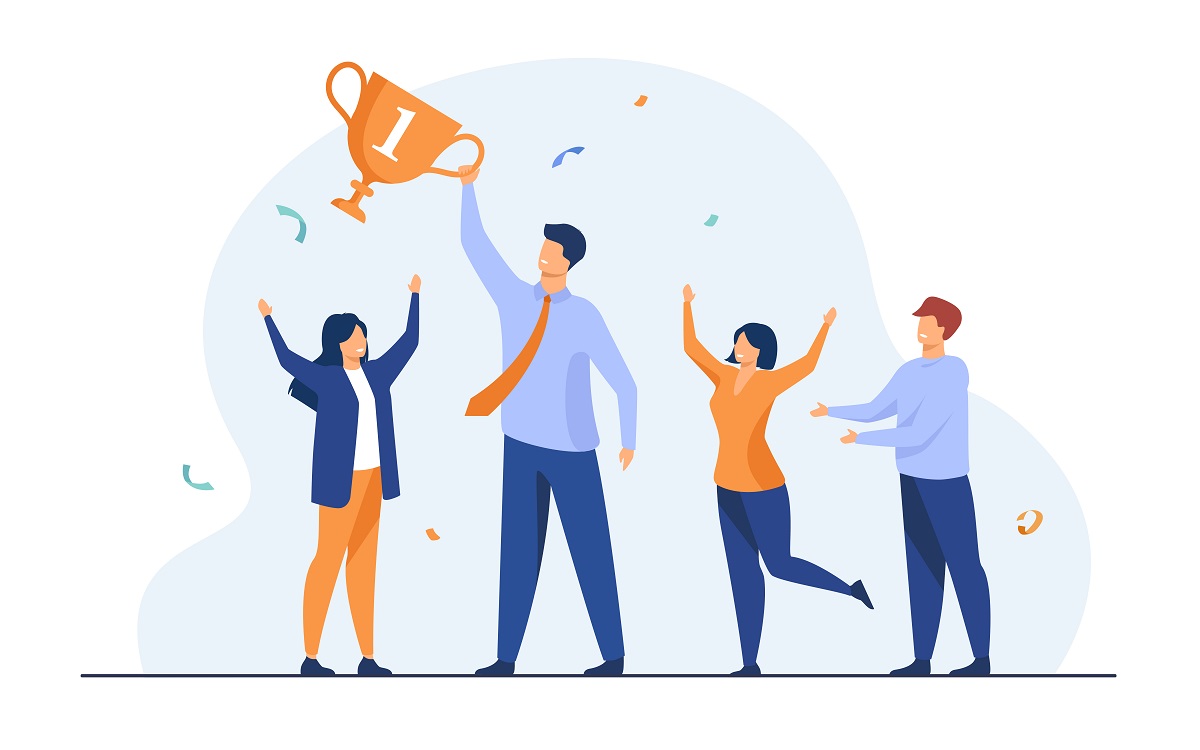 Congratulations Tomiris Aldanaev – the winner of the Republican competition for student scholarships of the Foundation of the First President of the Republic of Kazakhstan – Elbasy in science, culture and art!

For the excellent study, activity in the scientific and creative life of their educational institution, the 80 best students of Kazakhstan will receive a personalized Scholarship of the Foundation. In total, almost 500 applications were submitted for the competition.

Aldanaeva Tomiris Mukhanbetkyzy was recognized as one of the winners by the decision of the competition commission of the faculty of light industry and design at the Department of Design.

Tomiris Aldanaeva: «I want to express my gratitude to the Foundation, as well as to the Almaty Technological University for the full support of creative and scientific youth. To be awarded the title of Fellow of the Foundation of the First President is a high honor, a strong motivation to translate creative ideas, implement plans and achieve professional heights.»

Competition for the grant program "Consortia of Inclusive Innovations"

The Science Committee of the Ministry of Education and Science of the Republic of Kazakhstan, within the framework of the project “Stimulating Productive Innovations”, announces a competition under the grant program “Consortia of Inclusive Innovations”.

The purpose of the grant program is to unite the efforts of science and business to create and implement commercially sustainable innovative projects of high social significance.

Applications for participation in the competition are accepted through the electronic portal on the site www.fpip.kz in English, Kazakh and / or Russian. Filling out an application in English is mandatory, since the examination of projects is carried out by international experts in English. Applicants should carefully review and comply with all requirements of the Grant Program Guide.

Admission of competitive materials, designed in accordance with the tender documentation, is conducted in the Science Department (room 617, tel. Ext. 178) until December 20, 2018.

The first stage (intra-faculty) is the development of a start-up concept for the project, the design and submission of applications for participation in the START-UP ATU-2019 Project Competition (from November 11 to February 18, 2019). The first stage is conducted in departments and laboratories. The best projects are reviewed and approved at a meeting of the NMS faculties until 02.22.2019.

The second stage (intra-university) – presentation and selection of promising start-up projects, will be held February 26, 2019 with the participation of members of the NTS and mentors.

Third stage (final) – presentation of start-up projects on April 19, 2019 before the Expert Council of the START-UP ATU-2019 Project Contest, determining the winners who achieved the best results in work on start-up projects after the second stage

April 26, 2019 in the framework of the Republican Scientific and Practical Conference of Young Scientists “Science. Education. Youth ”, the awarding ceremony of the START-UP ATU-2019 Project Contest Winners will be held. Winners of the START-UP ATU-2018 Project Competition will receive grants for the implementation of a start-up project to create a small innovative enterprise from business partners and other investors.

To participate in the competition of projects are invited students, undergraduates, doctoral students, young scientists and faculty of the university without age limit, having innovative business ideas. The contestants have a task to create an original, high-tech and commercially promising start-up project. Contestants have the opportunity to find a potential investor or business partner.

WHAT IS STARTUP / START UP?

The main resource for creating a new startup is a good innovative idea. The main objectives of the project competition “START – UP ATU-2019” are: